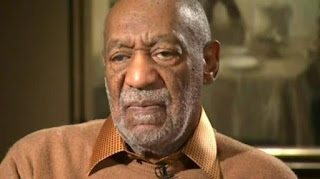 Bill Cosby gave his first exclusive interview since 2015 on Sirius-XM radio on Tuesday, May 16, and in the 30-minute chat, he addressed a range of topics, from his childhood to his children, including the death of his son in 1997. But of course, the most pressing questions posed by Michael Smerconish explored his outlook on the sexual assault cases that have all but tarnished his legacy and now threaten to send him to prison.

With his trial for an alleged 2004 drugging and assault of a Temple University staffer only one month away, it was in having his fans on his mind that Cosby said he decided to finally come forward. He believes it is time to let the public hear his voice on the allegations, as opposed to leaving what he claims to be the truth, up to the tabloids to tell. But while he returned to share his side of all stories first hand, the 79-year-old actor/comedian confirmed that he is putting his faith in his attorneys and will not be taking the stand.

“When you have to deal with examination, cross-examination, et cetera, et cetera, more than two sides to every story, sometimes it’s four or five,” he told Smerconish. “And what people want to say and want you to say and how they maneuver, and, yes, I do have lawyers protect me — objection; sustained. But I just don’t want to sit there and have to figure out what I believe is a truthful answer to whether or not I’m opening a can of something that my lawyers are scrambling.”

Thus, Cosby is leaving the law to the legal experts. But in having once been a virtual icon of morality for the Black family, it appears as though he has been trying to make a concerted attempt to reclaim some of the public's trust. He has continued to maintain his innocence and as of recent has had his daughters step up with statements in support of their father. “If a jury says so forth and so on, there’s still public opinion,” Cosby said in the interview.. “And if the jury comes for the other side of the so forth and so on, it’s still public opinion. So I think it’s something that you never will be able to satisfy all minds and all behaviors. I know the side that I’m on and the side that I’m hoping for.”

Posted by Jessithapromoter at 7:41 PM