Sears In Fear Of Closing 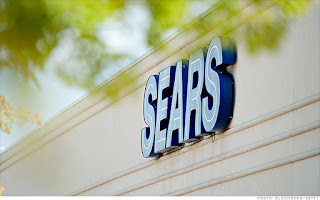 Sears is offering to accelerate payments to merchandise suppliers, which are increasingly nervous about getting paid as the retailer’s financial position weakens. Some suppliers are cutting back shipments, refusing bigger orders, or demanding earlier payment from Sears.

Sears Holdings Corp Chief Executive Officer Edward Lampert lashed out at a supplier, which has threatened to terminate a supply deal with the struggling retailer. Sears will fight back against suppliers "trying to take unfair advantage" of the company's problems. 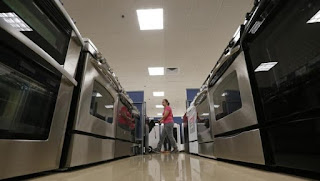 The move by these financial intermediaries -- in an opaque but vital quarter of the retail business where makers of goods ranging from apparel to TVs seek to insure they get paid -- comes in the wake of unusual steps Sears has taken to raise cash for operations. In the past three weeks, the retailer twice has turned to its billionaire CEO Eddie Lampert's hedge fund for a cash infusion -- first as the anchor on a $400 million loan and then again Thursday as a buyer for most of its stake in the ailing Sears Canada. Sears aims to raise $380 million with that deal.

Posted by DJ Sippitakeover at 12:58 AM