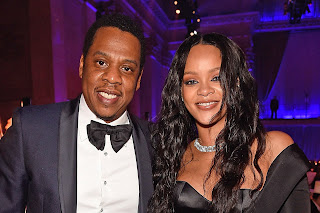 After the push from BLM in 2020, many expect 2021 to be the year of immense growth in communities that are predominantly black and brown. The reasoning is that many businesses and corporations started to look within to see if they were being as diverse with their hiring and lending as they should be. The events of 2020 have also influenced many prestigious people to contribute to black-owned businesses.

Partake foods, a vegan and allergy-friendly food company, saw a generous investment from Jay-Z last year. Now, it appears that Partake was able to amass a decent amount of funding from a long list of reputable stars, including Rihanna. It is her first investment outside of her own lines, such as Savage x Fenty. Rihanna continues to expand her business ventures while making fans wait for new music. However, it's hard to argue with Rihanna's business mindset; she's been killing it.

Over half of Partake Foods’ total funding has come from Black investors such as Jay-Z’s and H.E.R.

“That was very deliberate,” says Partake Foods founder and CEO Denise Woodard. “I feel very passionate about continuing to increase wealth in the Black community wherever possible and so having investors on board that understand those missions and goals is really important to me.”

This investment by Rihanna marks her first investment beyond her own personal ventures, which include Fenty Beauty, Savage x Fenty, and a Fenty fashion line under the LMVH umbrella of brands. This round of funding will help Partake expand into over 5,000 Target stores by the close of 2021. Currently, Partake's five vegan and gluten-free cookie varieties are available in 2,700 Targets nationwide.

Reflecting upon her journey as an entrepreneur from where she now stands as the first woman of color to raise over $1 million dollars for a food startup, Woodward spoke of Partake's humble beginnings, saying, “I sold cookies out of my car up and down the street in New York every single day; I drove to natural food stores and did demos every single day . . . there’s so much of a longer grind,” she says. “I say that to say that if I can figure this out and get here, anyone can.”

Posted by Jessithapromoter at 1:35 AM