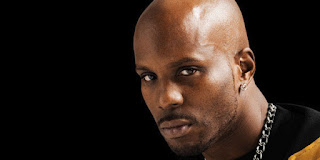 Since his debut, DMX has released seven studio albums. He has been featured in films such as Belly, Romeo Must Die, Exit Wounds, Cradle 2 the Grave and Last Hour. In 2006, he starred in the reality television series DMX: Soul of a Man, which was primarily aired on the BET cable television network.

I enjoyed the movie Belly myself. I felt it was a great inspiration to the streets of America today.

Ever since they were kids, Sincere (Nas) and Buns (DMX) have lived life close to the edge, doing whatever it takes to survive. As adults, they build up their kingdom of crime on drug dealing and robbery. But Sincere grows weary of the criminal lifestyle and joins a black Muslim religious group. Buns, on the other hand, sinks deeper into criminality and faces serious prison time. The cops offer him a deal, however -- assassinate the head of the Muslim group, and he will go free.

Music video director Hype Williams made his feature film debut with this visually inventive urban drama. Tommy Brown (DMX) and his friend Sincere (Nas) are gangsters who have learned how to make a good living by dealing drugs and pulling armed robberies. Tommy and Sincere have been able to move out of the ghetto in Queens where they were raised and relocate to an upscale section of Manhattan; they would seem to have it made, but both realize that their lives are headed toward a dead end. Sincere begins getting in touch with his African roots and tries to convince his girlfriend Tionne (Tionne "T-Boz" Watkins) that they should emigrate to the Motherland, while Tommy has a religious awakening and joins the Nation of Islam. Along with top-selling rappers DMX and Nas, hip-hop artist Method Man and R&B singer Taral Hicks also appear.

Posted by Jessithapromoter at 9:21 AM