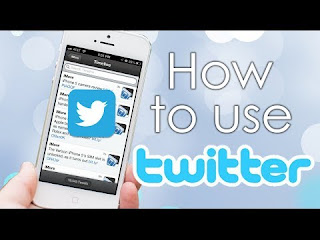 New to Twitter? Haven't used it for a while? In this video, we will cover everything you need to know about using Twitter and everything the social media platform has to offer.

Twitter is one of the original social media platforms, launched back in 2006. It has over 300 million registered users and is a publicly-traded company.

In this Twitter complete how-to guide, we will cover the following topics:

What is Twitter? Twitter is the place to find out about what's happening in the world right now. Whether you're interested in music, sports, politics, news, or fashion, Twitter has everything you need. Twitter is a 'microblogging' system that allows you to send and receive short posts called tweets.

Posted by Jessithapromoter at 11:32 AM