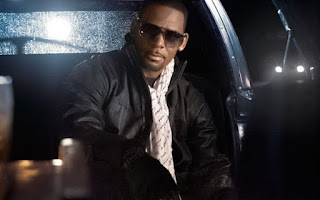 The former landlord — Midwest Commercial Funding, a Wisconsin-based property management company — has argued it is entitled to all of that money because Sony acknowledged its citation one day before that of Kelly’s alleged victim.

“They want all of it,” Deutschman said. “They have their building, but my client lost her childhood to a sexual predator.”

Kelly rented the warehouse at 219 N. Justine St. — which he used as a recording studio — from Midwest Commercial Funding until he was evicted in January 2019 over his failure to pay rent. A highly publicized inspection by the city’s Department of Buildings revealed numerous code violations.

The building is for rent and is in the midst of renovations, according to a rental listing for the property.

The woman who was awarded $4 million is one of four alleged victims in Kelly’s pending criminal case in Cook County. She filed her lawsuit against the singer in February 2019, a day before Cook County prosecutors approved charges against Kelly.

The suit alleged the woman met Kelly on May 26, 1998, when she was 16. Kelly was driving when he saw her walking down the street; he pulled over and talked to her, the suit states.

Later that day, an associate of Kelly’s met with the teen and her family at a restaurant and gave the girl Kelly’s phone number. The associate “indicated [Kelly] wanted to speak with the minor plaintiff and have her come to his studio and be in a video that he was making,” the suit stated.

The plaintiff was “star-struck and wanted to meet with [Kelly] to pursue a role in what she believed was a music video,” the suit stated. The sexual abuse started within a month, the complaint alleged.

Kelly is facing criminal charges across multiple jurisdictions, including federal indictments in Illinois and New York alleging racketeering, sexual exploitation of children and child pornography. He also faces charges of aggravated criminal sexual abuse in Cook County and soliciting a minor and prostitution in Minnesota.

Posted by Jessithapromoter at 10:46 AM