Mariah Carey, Kevin Bacon and More Will Appear on ‘Heroes of New York’ 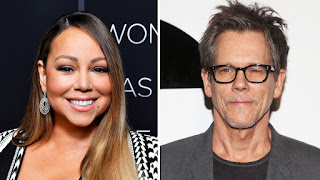 Al Pacino, Tina Fey and Eli Manning will join a star-studded lineup to celebrate the selfless acts of New Yorkers.

Robin Hood and iHeartRadio announced a collaboration Thursday to present “Heroes of New York,” which will air Dec. 1 on television and radio stations in New York. The one-hour show will share inspirational stories of generosity from individuals and organizations.

The show will feature musical performances from Mariah Carey, Tony Bennett and Andra Day. Carey will perform a medley, Bennett will sing “Smile” and Day will perform “Silent Night.”

In May, the New York-based poverty fighting organization, Robin Hood, and iHeartMedia held the “Rise Up New York!” telethon. The event raised $115 million toward supporting New Yorkers impacted by COVID-19.

Posted by Jessithapromoter at 3:50 AM