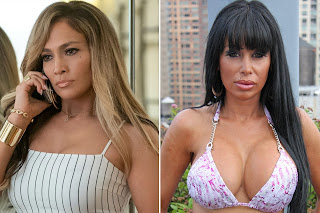 Jennifer Lopez's production company has come out on top after being sued over the 2019 movie Hustlers.

A federal judge has dismissed a $40 million lawsuit filed by Samantha Barbash, a former adult entertainer whose life story inspired the movie about scamming strippers and the article it was based on. The lawsuit was dismissed by a judge in the U.S. District Court Southern District of New York, according to documents obtained by Entertainment Weekly.

"The Defendants’ May 29, 2020 motion to dismiss is granted. The Clerk of Court shall enter judgment for the Defendants and close the case," read the documents, which were signed Tuesday by U.S. District Judge Denise Cote, according to EW.

Barbash claimed the film’s producers attempted to “obtain a consent and waiver from Ms. Barbash for the production of the film and their ultimate portrayal” of her.

In the lawsuit, Barbash also alleged the movie defames her by portraying Lopez’s character “using and manufacturing illegal substances in her home where she lived with her child.”

The movie is based on a true story detailed in a 2015 New York Magazine article, titled “The Hustlers at Scores,” about New York City strippers who drugged their wealthy clients in order to use their credit cards to run up large bills at the strip club.

The film, which also stars Lizzo, Keke Palmer, Lili Reinhart and Julia Stiles, opened to an estimated $33.2 million in September 2019, exceeding expectations and marking career highs for both Lopez and costar Constance Wu.

Lopez was nominated for a Golden Globe and Screen Actors Guild award for her performance.