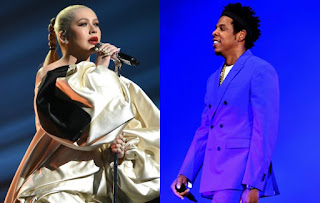 Founded by the rapper in 2008, the company currently boasts the likes of Megan Thee Stallion, Mariah Carey, Nick Jonas and Haim on its roster. As Variety reports, Aguilera has now been added to the label’s management division – though an official announcement is yet to be made.

Sources close to Roc Nation claim that the deal went through weeks ago, and the pop star is now listed on the company’s website. There’s currently no word on potential new material from the singer. It comes after Aguilera announced she’d parted ways with her manager of 20 years, Irving Azoff, last week. It’s unknown whether her team-up with Roc Nation Management came prior to or after their decision to split.

Aguilera’s latest studio effort, ‘Liberation’, was released back in 2018. In a review of the record, NME wrote: “[The album] may lack the grand ambition and massive pop bangers of her glory days, but by the end, it’s hard to deny that she feels reasonably relevant and contemporary again.”

It was announced over the summer that Jay-Z will open the Roc Nation School of Music, Sports & Entertainment in 2021. Located in New York, the university will provide students with the chance to study undergraduate degrees in music, music technology, entrepreneurship and production as well as sports management.

Last month, the rapper entered the marijuana market by launching a new cannabis brand called ‘Monogram’. It came after he was appointed the Chief Brand Strategist at Caliva’s, a California-based cannabis company.

Posted by Gansta Marcus at 2:20 PM