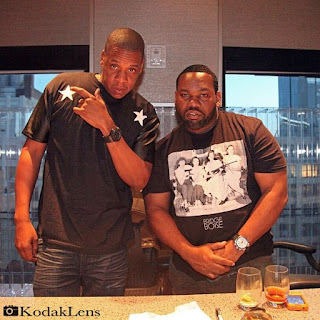 Two men have pleaded guilty to a scheme in which they pretended to be affiliated with the legendary hip-hop group Wu-Tang Clan and Jay-Z’s entertainment company Roc Nation in order to scam hotels and luxury limousine companies out of thousands of dollars worth of goods and services, the Department of Justice said this week.

According to the DoJ, Aaron Barnes-Burpo and Walker Washington both pleaded guilty to conspiring to commit wire fraud, a charge that could land both up to two decades in prison.

According to an Associated Press report from when the trial first began in February, Barnes-Burpo and Washington took advantage of hotels to the tune of more than $100,000, including some of the most luxurious hotels in the southern U.S.

Barnes-Burpo and Washington also fraudulently dropped the name of the Wu-Tang Clan rap group when booking hotels and other services, the DOJ said.

The two admitted to using those personas—along with stolen and fake credit cards—to rack up bills they did not pay at hotels and limousine rentals, the DoJ said.

The men’s scam carried on until they tried to book rooms at the Fairfield Inn and Suites in Augusta, Georgia, where staff became suspicious and called police after contacting Roc Nation directly and learning the two had no connection to the firm.

“These men play-acted as bigshots so they could rip off hospitality providers for luxury treatment, but their scam fell apart thanks to an alert Augusta hotel clerk,” U.S. Attorney Christine said in a statement. “It didn’t take Nick Cannon to figure out the defendants were lip-synching, and they’ll be disappointed to learn that their future accommodations in federal prison won’t be as swanky as those hotels.”

Jay-Z, who founded Roc Nation in 2008, is one of the most powerful entertainment figures in the world and was estimated by Forbes to be worth $1 billion. Barnes-Burpo and Washington have not yet been sentenced.

Posted by Jessithapromoter at 11:47 AM