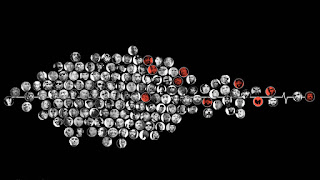 'These are not just my favorite rappers just because of the music they make, but also how there fans stay loyal. I am apart of various Facebook groups, so I can see what's going on inside the minds of music lovers.'

'Not only that, I am a PR for the website Wrap-Up Magazine. So when I create articles for these musicians, I can see one on one which artist has the most engagement and connection to fans.'

When asked who would be considered as his favorite rappers of all time, Gansta Marcus replied: 'There has been many artist over the decade who have come and gone. But none have stood out like Jay-Z, Eminem, Master P, Wu Tang and Nas for various odd reasons.'

Lets start off with Master P

I have always been a huge fan of Master P and the whole No Limit movement. I began listening to Master P in 1998 when 'Im Bout It" hit the scene hard on the streets with a movie and CD. I enlist Master P as number one on my most favorite list.

Next up is Jay-Z

No artist have more class than Jay-Z. He has hit songs that will last for year to come. Only real Gangsters and hustlers can feel this man. I got put on to Jay-Z when he dropped 'The Dynasty: Roc La Familia' I enlist his as number two all time favorite rapper.

Nothing takes the cake for me with Eminem like his album 'Marshall Mathers'. That album was his biggest success to me. Although I enlist him at number three, he has the most songs in my phones playlist for real!

Next up is Nas

Nas 'Illmatic' album was a nasty one, but when he hit the scene with 'One Mic' Nas took off to become what he is today! I enlist Nas as number four.

Last but not least is Wu Tang

Who did not listen to Wu Tang or the Killer Bees while growing up? They were vevery where including movies you may still watch today!

Posted by Gansta Marcus at 3:32 AM