The Limit On Online Games Begin 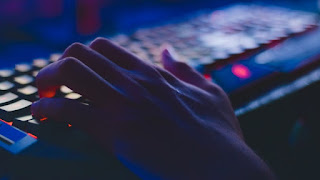 Is this a situation America should be joining in?

Games companies are not having a very good time in China at the moment. Earlier this month it was revealed that licenses for releasing new games had not been approved for months, now it seems new game launches could be severely limited in order to save the eyesight of children.

More specifically, online games will be restricted both in terms of how many are available to play and how long they are allowed to be played for depending on your age.

The Ministry of Education is implementing new regulatory measures because video games are seen as a cause of poor eyesight, and in particular, myopia or nearsightedness.

China may have a legitimate case for restricting the time children can play games every day. The risk of myopia is increased by spending too little time outdoors as a child or by focusing your eyes on nearby objects (such as a monitor or phone display) for long periods of time. Even so, that would mean restricting access to all games, not just online ones.

It's unclear what the restrictions will be in terms of new game releases and limits on play time. China tracks individuals very well, so detecting a child is playing an online game and starting a timer before it automatically shuts off is probably already possible.

Pushing children to spend more time outdoors playing instead of gaming may see some backlash from parents, though. Air pollution is a major problem in China, and we've recently discovered that's a sure fire way to make your kids less intelligent.
Posted by Gansta Marcus at 11:13 PM