The iPhone 7 Is Here 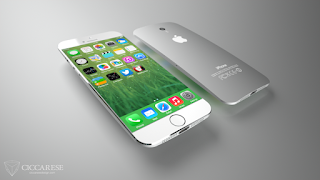 The tech giant revealed its latest mobile device, the iPhone 7, during its annual product event in San Francisco on Wednesday. As was expected, the new phone is missing one standard feature: the headphone jack. Instead, owners of the new iPhone will need to connect over the lightning connector, the same port where the iPhone’s charger plugs in.


“Some people have asked why we would remove the analog headphone jack from the iPhone,” said Phil Schiller, Apple’s svp of worldwide marketing. “It comes down to one word — courage. The courage to move on.” Apple has moved on before — from floppy discs, CDs, to name two technologies the company was among the first to delete from its memory bank. The world was slow to adapt to those hardware pivots, and that will likely be the same here.

Schiller added that there was simply no room for the outdated jack. “Our smartphones are packed with technologies, and we all want more,” he said. “Maintaining an ancient, single-purpose connector doesn’t make sense… that space is at a premium.”

Apple has also introduced a new set of ear buds, called AirPods, that connect wirelessly. “We believe in a wireless future,” cooed Chief Design Officer Jony Ive in a video for the device, which contains the company’s first wireless chip, the W1, plus dual optical sensors, two microphones, an antenna and five-hour battery life. A new line of wireless Beats headphones, titled Beats X (or “Beatsx,” as no one will bother typing), that will use the same W1 chip as the AirPods. The real announcement here, really, is a new wireless connection technology — the one contained in that W1 chip — that may help usher out the now-ubiquitous and ever-sensitive Bluetooth.

Apple CEO Tim Cook announced the new iPhone on stage, reminding the audience that Apple has sold more than 1 billion iPhones since the device was first introduced in 2007. The new iteration will be available to purchase Sept. 17.

Posted by DJ Sippitakeover at 12:47 PM