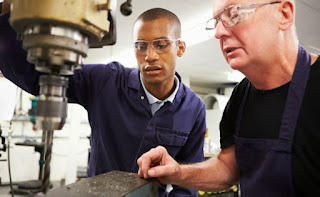 This is going on right here in our city. Local apprenticeship companies are coming together to get more members and working to join there team. As older workers retire and a younger generation takes over the labor force, industry leaders are developing new strategies to attract the millennial generation, defined as adult workers aged 18 to 34.

These strategies range widely and with varying degrees of success, but one industry is using a century-old program that officials say is still attractive for young people wanting to learn a trade without going broke.

With student loan debt reaching the $1 trillion mark, leaders in the skilled-trade unions are promoting apprenticeship programs as a way to earn money, and even college credit, while learning on the job. UA Local 776 offers a five-year apprenticeship program that includes paid, on-the-job training and classroom work for people wanting to learn a skilled trade. The program is privately-funded and free to those who participate, allowing graduates to start their career debt-free.

“I think people are realizing that kids need other options besides college,” he said. “The public has realized the value the union trades bring to the area. We still need people to go to college to be doctors and lawyer and engineers, but we still need people to build things for the country as well.”

It features 900 hours of classroom instruction and 8,000 hours of on-the-job training, as well as an opportunity to earn college credit. He said the program is free for those who complete it and stay in the electrical trade industry for at least five years after graduating.

Posted by Jessithapromoter at 1:30 AM