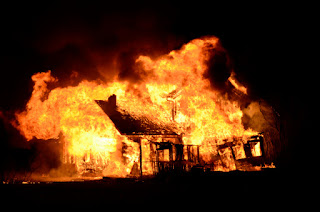 The home was vacant and appeared to have been completely remolded and for sale though a real estate agent. They home was valued at 55,000 dollars with losses of 35,000 in damages. Home listed for sale had no insurance or any bank leans against it. With many friends and enemies in Lima, Ohio because he had a rising name throughout the streets and local political figure, he always felt as if he was a target.

With talks of a promotion deal in the air, Gansta Marcus settled for what he had left invested, looked at the people that was left around him, and told them it will get worst before it get better, but I shall return. Packed his family and bags, dropped a few tears, and haven't looked back.