My Crib Hosted By Gansta Marcus 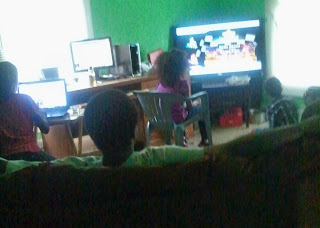 The Lima, Ohio rap artist and producer Gansta Marcus decides he is going to invite everyone on a tour of his new crib. Although he say's its not complete, he still decided to release photos of his living room and game room.

"After one month and two week of relocating from Mississippi to Ohio, I can say that I am officially settled in and starting a new life" say's Gansta Marcus. "With my kids one my side, and i'm driving the wheel, no-one or nothing can hold us back. 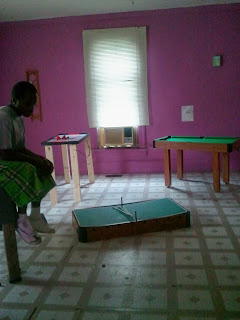 The photo above has the game room. As you can see in the picture, everything is being built from the ground up. Air hockey, Pool table, Ping pong, Foosball, and Nintendo Wii. This will become the game room to recon with. 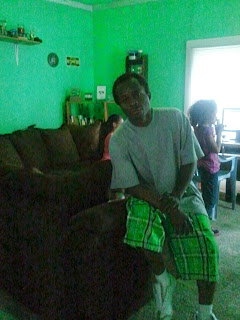 There is still more work to be done. I'm loving the new "Signature Design" couch, big screen t.v., and laptop thanks to the streets of Ohio. He is yet to release to visual video yet.

Posted by Jessithapromoter at 11:01 PM