The Untold Documentary of Onyx 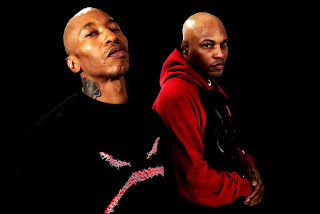 The Untold Story of Onyx, Who Fredro Starr, Sticky Fingaz, Sonny Seeza (Suave'), Big D.S and producer ChySkillz can never be imagined. Their unique success story has to be lived out to the fullest. One of Hip Hop's biggest groups spearheaded by the legendary DJ - Jam Master Jay of Run Dmc. Onyx defied the odds in 1993 and took an aggressive sound, style and movement Platinum plus.

This documentary, highlights their career in music, television and film.

Posted by Jessithapromoter at 8:08 AM