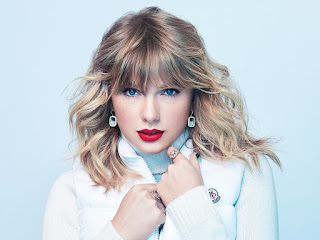 The eighth album by Taylor Swift, “Folklore,” has gone down as the No. 1 album of 2020, finishing the year with 2.3 million album units. It pulled ahead in the end over Lil Baby’s star-making sophomore effort, “My Turn,” which came in second with 2.1 million in the album-equivalent-unit derby.

The results come via Rolling Stone, which broke down the year’s music consumption data into several different year-end charts, with the differences providing some interesting points of comparison. For instance: Swift also tops the list of the year’s biggest sellers — and Lil Baby is nowhere to be found in that particular top 10. On the other hand, Lil Baby easily landed atop a ranking of the year’s biggest streamers — and Swift is absent from that top 10.

On the overall list of the top 100 albums of 2020 — which represents a combination of streaming and sales data — the Swift and Lil Baby albums were followed in the top 10 by efforts from Pop Smoke, the Weeknd, Juice WRLD, Post Malone, Roddy Ricch, Luke Combs, Harry Styles and, getting its shot at No. 10 for the year, the “Hamilton” cast album.

Swift might also have had two albums in the top 20 if the year had gone on just a few weeks longer; her mid-December release, “Evermore,” ended the year at No. 63 based on just a couple of weeks of sales and streaming. (Her mid-2019 album “Lover” had enough legs in 2020 to finish this year at No. 28.)

The catalog album garnering the most consumption was not Fleetwood Mac’s “Rumours,” as you might expect from its renewed TikTok popularity. That honor belonged to the self-titled 1972 debut from the Eagles, which led the field for classic rock, coming in at No. 46 for the year. Its 2020 total was 666,000, so maybe somebody has been sleeping in the devil’s bed.

On the separate chart that measures only pure full-album sales — which is, of course, a diminishing factor, but still a potent one for certain artists and demographics — Swift’s “Folklore” was succeeded by retail hits from the Weeknd, BTS, Juice WRLD, Harry Styles, Lady Gaga, Halsey, Swift again (with “Evermore”), Eminem and Kenny Chesney. As you can see, only one hip-hop album, Juice WRLD’s, was a major sales force.

How many on-demand streams did the songs from Lil Baby’s smash album pick up? Let’s say it was well into Carl Sagan territory: more than 3 billion.

Posted by Jessithapromoter at 3:07 AM