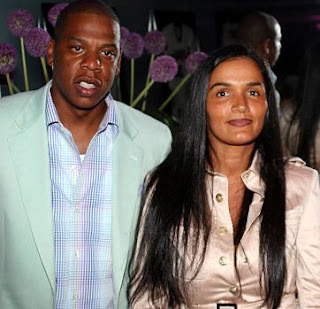 As one of his final acts as president of the United States, Donald Trump issued more than 140 pardons and commutations on Tuesday night (Jan. 19). Among those granted clemency were Roc Nation CEO Desiree Perez, early Death Row Records backer Michael "Harry-O" Harris and rappers Lil Wayne and Kodak Black, according to the White House.

Perez was granted a full pardon for being involved in a conspiracy to distribute narcotics, the White House said, a conviction that is more than 25 years old. "Since her conviction, Ms. Perez has taken full accountability for her actions and has turned her life around," the White House said in a statement. "She has been gainfully employed and has been an advocate for criminal justice reform in her community."

"I'm grateful to have received a pardon and to have formally closed that chapter of my life in the eyes of the law," Perez said in a statement provided to Billboard. "I have taken full accountability for my mistakes from 25 years ago, but I also take tremendous pride in my personal growth, perseverance and accomplishments since then. This pardon reinforces my lifelong commitment to advocate for criminal justice reform and social justice initiatives."

Perez has risen from part-time nightclub manager to one of the most formidable executives in the music business during the course of her career, having first booked Jay-Z and his DJ Clark Kent to perform at one of her venues in 1996 before helping launch the inaugural 40/40 Club in Manhattan a few years later, eventually running a suite of clubs under the 40/40 banner. In 2008, when Jay formed Roc Nation as a joint venture with Live Nation, he tapped Perez as COO of the company, which has grown to more than 450 employees and has divisions that span almost all facets of entertainment and sports. In 2019, Perez was named Billboard’s executive of the year at its annual Women In Music event; at the reception, Roc co-founder/chairman Jay Brown announced her promotion to CEO of the company. 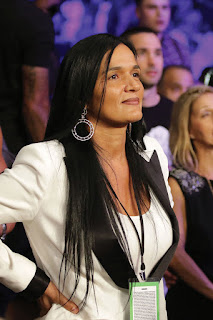 Over the past several years, Perez and Roc Nation have spent much of their time on criminal justice issues -- the REFORM initiative with Meek Mill being a notable example (Trump, during his administration, also pushed through some criminal justice reforms) -- and social justice activism. That has included partnerships with the NFL and U.S. Open as well as Roc Nation's support of the legal teams of murdered Black Americans Breonna Taylor, Ahmaud Arbery and George Floyd in their respective quests for justice over this past year and partnerships with Feeding America, Until Freedom and Gathering For Justice.

Meanwhile, Harris -- an early financial backer of Death Row Records -- saw his 25-to-life prison sentence for conspiracy to commit first-degree murder commuted by Trump after serving 30 years, reportedly after lobbying by Snoop Dogg, among others. In its statement, the White House said the 59-year-old "is a former entrepreneur and has mentored and taught fellow prisoners how to start and run businesses. He has completed courses towards business and journalism degrees. Upon his release, Mr. Harris will have a meaningful place of employment and housing with the support of his family."

Lil Wayne was granted a full pardon after pleading guilty to possession of a firearm and ammunition by a convicted felon late last year, a charge exacerbated by his gun conviction from 2008; the White House cited his "generosity through commitment to a variety of charities, including donations to research hospitals and a host of food banks" in its statement.

And Kodak Black, serving a four year sentence for making a false statement on a federal document, saw his sentence commuted after serving nearly two years. The White House in its statement noted that "he has committed to supporting a variety of charitable efforts, such as providing educational resources to students and families of fallen law enforcement officers and the underprivileged. In addition to these efforts, he has paid for the notebooks of school children, provided funding and supplies to daycare centers, provided food for the hungry, and annually provides for underprivileged children during Christmas."

Posted by Jessithapromoter at 1:26 AM