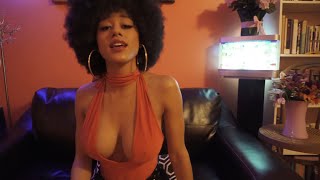 This is the first time the Wrap-Up Magazine has played music from New York artist Stormi Maya. Stormi Maya is a professional actress based in Nyc. She started her career by performing in theater and then transitioned to film and television . She is also a filmmaker and writer that produces independent films.

Now Stormi Maya is out with a new music video titled "XXXMAS." This sizzling hot video tells it all by the looks of the photo. She is a smoking hot babe who come with smoking hot music for her fans.

Posted by Jessithapromoter at 2:28 AM