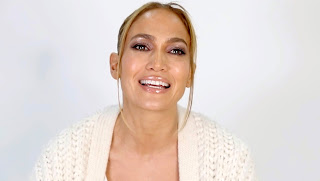 Jennifer Lopez is thankful for her family.

While accepting the icon award at the 2020 Billboard Women in Music event, which aired on Thursday, the multi-talented star, 51, gave fiancé Alex Rodriguez and their four children a sweet shout out.

"Of course I want to thank my beautiful family for going on the road with me, for touring with me, for supporting me, for allowing me to be the artist that I am," she wrote.

"Alex and our four beautiful kids, thank you so much, I love you, everything I do is for you guys," she added, referring to her 12-year-old twins Emme Maribel and Maximilian "Max" David as well as Rodriguez's daughters Ella Alexander, 12, and Natasha Alexander, 16.

During the speech, Lopez also spoke about the important role music has played throughout her life.

"Music has always been my passion. When I was little, music took the mundane and elevated it into a celebration. It's been my obsession ever since," she said. "And along with dance, it was my first love. And being able to make music and continue to make music all these years has been one of my biggest blessings."

"My mom used to put me on the kitchen table and there's where she showed me how to do the booty shake and together we'd sing the oldies, or whatever was at the top of the Billboard charts at the time," she added. "Those were my first performances and it's what inspired me to do what I've had the privilege to do for all of you all these years."

Although Lopez has been honored with many accolades throughout her career, she went on to share that "this honor is particularly special to me."

"You are celebrating women," she added. "Women in music as creators and trailblazers and bad asses who are crushing it right now."

Lopez joins a long list of empowering artists to receive the icon award, following in the footsteps of Cyndi Lauper, Mary J. Blige and the late Aretha Franklin. The trophy is given to artists "whose impact on the music industry and greater artistic community has been immeasurable."

The star also received a similar award last month at the E! People's Choice Awards, where she accepted the icon of the year trophy.

"[This year] showed us what mattered, what didn't. And for me, reinforced what mattered most: People, all of us, together," she said while accepting the prize. "Helping each other, loving each other, being kind to each other. And the importance of that connection, that human touch. I realized that's what I strive for in everything I do. To reach people, to touch people."

Posted by Jessithapromoter at 4:33 PM