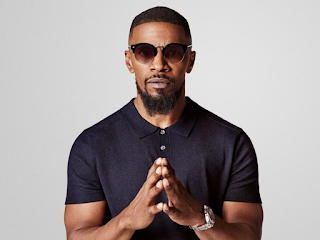 In Disney-Pixar’s latest gem Soul, Jamie Foxx voices Joe, an unfulfilled middle-school band teacher who finally gets his big break as a jazz musician — the same day he steps into a pothole and comes to in the spiritual form, desperate to escape the afterlife and return to his body.

The premise gave us an excuse to talk to the film’s star-studded cast about their own big breaks in show business, which thankfully did not include any potholes, though some still had some pretty low wages. (Watch above.)

For Foxx, it was auditioning for In Living Color at the famed Laugh Factory comedy club in West Hollywood, Calif.

“In the audience is Keenan Ivory Wayans, Jim Carrey, David Alan Grier, all the Fly Girls,” he recalls. “And I go up on stage and I get a standing ovation. And then the next day I get a call that says ‘You gonna be on a show called In Living Color.’ That was what I needed, and once I got on the show, it was interesting because I was the eighth funniest person.” (Fans of Wanda might disagree.)

But if all the Fly Girls were at Foxx’s audition, that had to include one of the dance troupe’s own future stars, Jennifer Lopez?

Posted by Jessithapromoter at 12:23 PM