The Insane Lifestyle Of Kim Kardashian 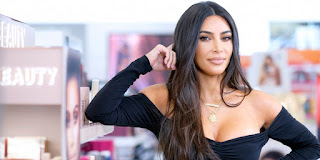 Kim Kardashian is rich, that's no secret, but her social media and other parts of her life show just how staggeringly wealthy the reality star is.

She's a world-famous reality star with a multi-million dollar business empire, a global social media following, and direct access to the president of the United States. And Kim Kardashian West has done this all by making herself a brand, a move that is almost unprecedented in the world of celebrity.

Kardashian first gained media attention as a friend and stylist of Paris Hilton but received wider notice after a 2002 sex tape, Kim Kardashian, Superstar, with her then-boyfriend Ray J was released in 2007. In recent years, Kardashian has focused on her own businesses by founding KKW Beauty and KKW fragrance in 2017.

Kanye West has joined the highly exclusive ranks of the billionaires. After totting up his receipts, Forbes estimates his net worth at US$1.3 billion. Despite Kanye West publicly congratulating his wife Kim Kardashian on becoming a billionaire after Coty acquired a 20 percent stake in KKW Beauty for $200 million, Forbes is making it clear that Kim isn't actually a billionaire yet. She's close though, now estimated to be worth about $900 million.

Thanks to a "little know law in California," the 38-year-old can become a lawyer without an undergraduate or law degree. She is planning on taking the bar exam in 2022 through a process known as "reading the law" which allows Kardashian to forgo taking the LSAT or attending law school.

Posted by Gansta Marcus at 8:00 PM