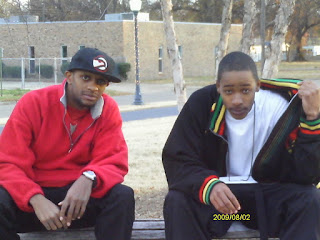 Stand Up Mississippi as the underground king and the swag master lets you know they are still here, alive and ticking.

One of Mississippi rising stars career was cut short when he was killed in a Mississippi county jail. E Wade was showing growth in his community and surrounding areas. With Gansta Marcus behind his as his mentor and manager, they were making moves all over.


Fans from all over Mississippi heard the livest song every when it hit the radio. The Delta got ready for the clubs and danced to get ready while listening to the track.

Right before his death, plans had been arranged by Gansta Marcus to leave Mississippi and head to Rochester, New York to pursue their music career. Sip Hop walked into the studio shortly after making phone calls to play E Wade track "My Lil Shawty" on the radio, and said we need to do something for our city before leaving.

"Mississippi" is the track Gansta Marcus chose to showcase as they begin preparation to leave their home city. Big things was happening from a small rural area. Just 45 days before Gansta Marcus moved away, E Wade was killed and the deal crashed.

With the financial backup not being there, Gansta Marcus decided to make to move to Ohio was he laid low until now!

Posted by Jessithapromoter at 1:54 PM