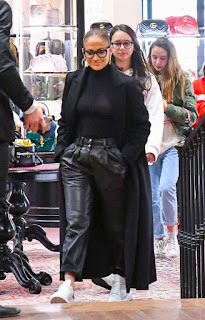 Jennifer Lopez and her fiancé, Alex Rodriguez, were spotted getting into the Black Friday madness with some of their children in Los Angeles on November 29.

The Lopez-Rodriguez crew was seen shopping around in Gucci before taking to the streets of L.A. to head to a second destination, which looked to have more of a department store vibe. Maybe a visit to Saks Fifth Avenue or Neiman Marcus? Seems like where this clan would shop! 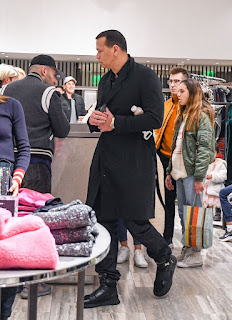 And naturally, the happily engaged couple was dressed to impress while they went out. Jennifer, 50, rocked a sleek, long black coat with a black turtleneck and leather pants. Alex, 44, matched his lady in a similar long, black coat with black pants and a shirt.

“We’re very similar. We’re really alike in our drive, in our ambition. He’s an athlete. He wanted to be the best. I’m the same way,” J. Lo revealed to GQ magazineOpens in a new Window. in an interview published on November 18. “I just want to be great at what I do. We’re both like that. We’re both super-hard workers. We’re driven by our passions. And we have a tremendous amount of respect for each other.” 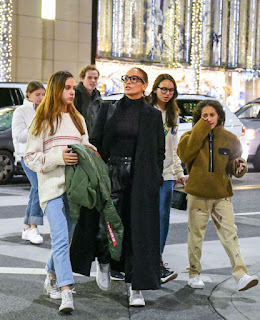 “He knows I only have his best interest at heart, and I only want him to thrive and succeed and to be his best self, “ she dished. “And I believe that he wants that for me. He wants me to be seen and to get what I deserve. Like, he’s made his half a billion. And he’s like, ‘I want you to have that.' 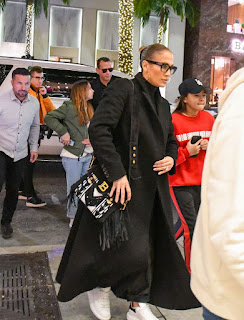 Posted by Jessithapromoter at 4:05 AM