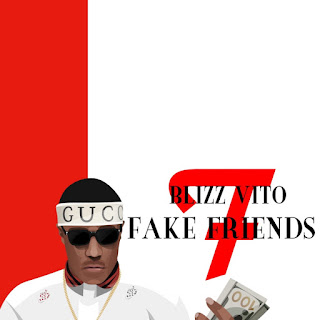 Clinton Hills-Brooklyn rapper Blizz Vito has quickly made a name for himself. First single ”Right Now” amassed over million plays on Worldstar within 48 hours and has over a million plays YouTube. He now delivers another hit with his second music single “Fake Friends” produced by Fly Melodies (credits: Fetty Wap, Lil Skies and Jay Critch) and IamTash (credits: Lil Skies, Pop Smoke, Famous Dex) and K.O.T.C. dropped on November 22, 2019 on all streaming platforms and the video will soon be featured on Worldstarhiphop.
Posted by Jermaine McClinton at 1:39 PM