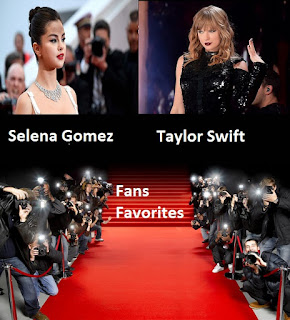 Celebrity Match Up is back at it. This time bring you Selena Gomez and Taylor Swift. The two has feuded for years and now have come to find a way to settle their beef. But now, where asking fans to nominate the best out of the two. 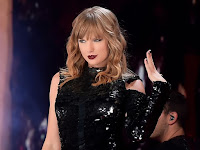 Taylor Swift is known for narrative songs about her personal life, which have received widespread media coverage. Swift moved to Nashville, Tennessee at the age of 14 to pursue a career in country music.

Swift won the Billboard Woman of the Year for the second time after being honored in 2011. Her 2014 studio album—the pop-focused 1989—earned her three awards at the 58th Annual Grammy Awards, including her second Album of the Year win, making her the first woman to win the award twice.

So who would you name out of the two to be your most favorite? Better yet, who do you think dresses the best? Lets have a discussion on this topic.

See other Celebrity Match Ups Below!

Jennifer Lopez or Angelina Jolie?
Posted by Jessithapromoter at 6:23 AM