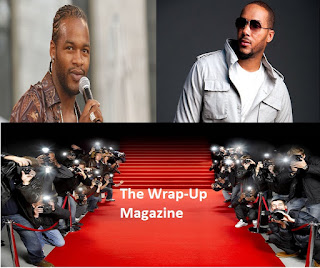 I was an instant fan of both R&B artist when they had there debut. While Jahiem made good loves songs, Lyfe Jennings hit fans with ghetto love songs that had a new touch.

Fans Favorites is now asking music lovers which of the two artist would you rate higher than the other? Which R&B singer had the best hits?

When Jaheim was 15, he entered one of African-American music's famous talent competitions—the Apollo Theater in New York's Harlem neighborhood.

He was signed by Naughty by Nature's Kaygee to Divine Mill Records in 2000, and released his debut album Ghetto Love in 2001.

After his release in late 2002, Lyfe Jennings first album, released in 2004, was "Lyfe 268-192," borrowing his inmate number for the title. He eventually moved to New York and later Atlanta.

Who would you name as your top? Comment below and let us know. Read more articles below!

Should R. Kelly Still Be Named King Of R&B?

Jeremih Or Jacquees
Posted by Jessithapromoter at 5:49 PM