What Happened To Three 6 Mafia? 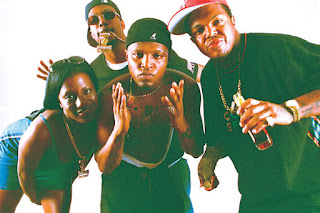 One of the greatest rap groups of all times will remain legendary until the end of time. Three 6 Mafia is an American hip hop group formed in 1991 from Memphis, Tennessee. Their music has been variously described as Southern hip hop, Crunk, hardcore rap, horrorcore and gangsta rap.

Founded by Juicy J, Lord Infamous and DJ Paul back in 1991, they started their music career as Backyard Posse prior to settling on their current name. Through their own record company, Prophet Entertainment, they eventually started to record and release a number of extended-plays during their initial years together.

One of the most popular hip hop groups of their time, they’ve won several awards throughout their years together. In 2006, Three 6 Mafia was awarded an Oscar for “Best Achievement in Music Written for Motion Pictures” for their hit single, It’s Hard Out Here for a Pump, which was used as the theme song for the indie film, Hustle & Flow (2005).

Looking at their discography, one would notice that their last album release was that of Watch What U Wish… back in 2015ーwhere is the hip hop group now? On October 9, 2015, Koopsta Knicca unexpectedly died from a brain aneurysm, making him the second member of Three 6 Mafia to pass away (the first being Lord Infamous, a founding member who passed away in 2013 from a heart attack). 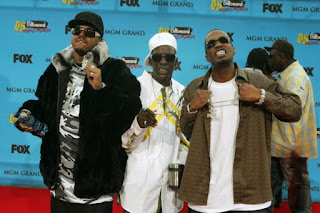 Fans of Memphis' Three 6 Mafia were undoubtedly excited back in 2013 when DJ Paul announced that five of the original six members would be reuniting for a series of new releases. Despite this back to basics approach, many fans were disappointed to hear that Juicy J would no longer be appearing as an official member of the crew.

In a HHDX exclusive interview, Three 6 Mafia's DJ Paul addressed his colleague's claims regarding why Juicy is no longer working with the group.

"I got a lot of love for Pat and always will--we made a lot of hits together," DJ Paul began. "You know, [Pat’s] 'Don’t Save Her,' I wrote and produced it for him. It’s my voice on the hook. Me and Juicy produced Mista Don’t Play [Everythangs Workin] with him, every single project--all his albums. Every single Project Pat album cover, I physically hand-drew and designed myself. Every single one, from Ghetty Green to Layin Da Smack Down to Mista Don’t Play--all of them. I was the one on the phone with Pen & Pixel at my mother’s house, using the fax machine, faxing hand-drawn pictures to them. So, whatever. The whole thing’s just funny and I don’t know where none of it come from.”

Despite their different paths, Paul maintains that he and Juicy remain good friends.