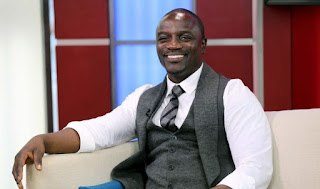 If anyone has the credentials to run for the next election, it would be Akon. The singer-turned-Akoin cryptocurrency founder, 45, explained that Donald Trump and his administration’s hardline stance on immigration has left him feeling ill at ease. Although Akon was born in America, he spent much of his early childhood in Senegal, before moving back to New Jersey in elementary school.

“I’ve been thinking about running for 2020 very seriously,” he recently told Newsweek. “But I didn’t want to just do it because I feel like I want to continue doing what I’m doing and hope that builds me enough momentum [for people] to say, ‘You know what, if you run we’ll support you.’”

He continued, “And I feel a lot of Americans do; even some white Americans feel that way because they’re watching backlash of his decisions. It’s not what’s happening now, because it’s clear it’s creating a whole bunch of divide today. But I think tomorrow that impact is going to be so much more devastating.”

Hillary Clinton May Run For President In 2020
Posted by Gansta Marcus at 11:59 AM