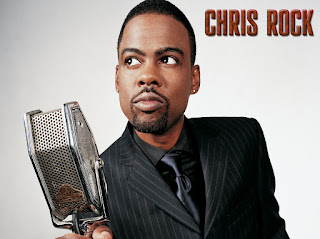 Chris Rock is a man of many talents. From doing stage comedies to starring in movies, Chris Rock has dominated the industry just by being him.

With a career spanning more than three decades, Chris Rock has enjoyed ongoing success in both film and television. Rock is a four-time Emmy and three-time Grammy award-winning producer, writer, actor, director, best-selling author, and comedian.

With that being known, The Wrap-Up Magazine would like to introduce you to the Top 5 best movies starring Chris Rock. Take a look at some of the movies we streamed to see if you believe we got it right.


The story of pro quarterback Paul Crewe (Sandler) and former college champion and coach Nate Scarboro (Reynolds) who are doing time in the same prison. Asked to put together a team of inmates to take on the guards, Crewe enlists the help of Scarboro to coach the inmates to victory in a football game fixed to turn out quite another way.


Adam Sandler and company are back again in this second gathering of childhood friends for Columbia Pictures. Dennis Dugan also returns to direct.


When Washington desperately needs a presidential candidate just weeks before the election, they need someone sure to lose. They pick Mays Gilliam (Chris Rock), an unknown local politician from a down-and-out D.C. neighborhood, to be their puppet.


Alex, Marty, Melman, Gloria and the Penguins are back–still together and still lost. Your favorite zoo animals accidentally find themselves on a hilarious adventure in Africa, where, after meeting their own species, wonder should they stay or should they go back to NY? Featuring Ben Stiller, Chris Rock, Jada Pinkett Smith, and will.i.am, this outrageous comedy takes you on a trip like no other.


Pulsing with the rhythm of his greatest stand-up Chris Rock's TOP FIVE takes things to the next level reveling in the high and the low and blending a star-studded comedic romp with an irresistible romance. TOP FIVE digs under the surface of show business politics rap and the exigencies of being black and famous today—holding it all up to the light in the way only Chris Rock can.

His witty insights on the subject of race have made him arguably the most important African-American comedian on his generation. Us at The Wrap-Up Magazine hope you have enjoyed the Top 5 best movies starring Chris Rock as much as we sat back and watched them.
Posted by DJ Sippitakeover at 5:21 PM