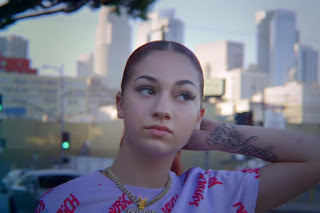 YG is not in the visual, but his hard-body verse rings off all the same. The video 'Juice' features a cameo from UFC fighter Cris Cyborg who is reportedly training the teen spitta.

Bhad Bhabie and Yachty will be hitting the road on The Disrespect Tour, which kicks off next week on Oct. 24 in Baltimore, Md. The tour will make 23 stops in cities like Pittsburgh, Cleveland, Memphis and New Orleans, before closing out on Nov. 28 in Santa Cruz, Calif.

Posted by Jessithapromoter at 3:18 PM