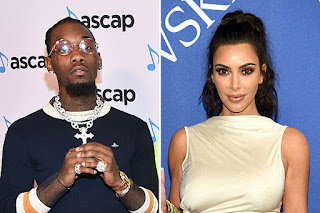 "Hell yeah, I fuck with that shit. I've been through that shit," Offset said in response to a question about Kardashian's work. "To be able to have a second chance? That's one hunnid."

TMZ's inquiry seems to be inspired by Kardashian's recent meetings with Donald Trump, whom she's now lobbied to free two people in prison, including Alice Marie Johnson, whose sentence for cocaine distribution and money laundering was commuted by the president in June after the 63-year-old woman spent 23 years in federal prison.

Kardashian reportedly returned to the White House yesterday (Sept. 5) to seek a pardon for Chris Young, whose 2010 arrest for marijuana and cocaine possession led to a life sentence in maximum-security prison. Young is one of around 3,800 individuals currently serving life sentences in the United States for drug offenses, according to the Buried Alive Project.

"He’s had to have a few surgeries and he’s been in a medical facility for a few years, and he goes back into the maximum-security prison where lifers have to go. And he’s had a perfect record," Kardashian told Jason Flom’s Wrongful Conviction podcast.

Posted by DJ Sippitakeover at 9:47 PM