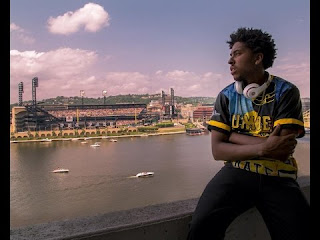 Rapper Young Junne burns his No Limit record contract and blasts Master P for allegedly mistreating his artists and stealing his music on Instagram. Saturday, Young Junne posted an Instagram video of him addressing his issues with the 48-year-old then burning the pages.

June then wrote captioned his reasoning to back out of NoLimit saying that he has turned down the contract twice before, "I am not with NoLimit anymore. I am sorry to all the NoLimit fans who supported me, but I got tired of Master P taking/Stealing my music and using it for himself to attempt to become relevant again. This man called me yesterday asking me to sign a contract that I obviously turned down...twice. Master P tried to have me sign for 7 years! We all know my style of music and it already does not fit the NoLimit persona." he said.

The rapper then went on to address the mistreatment of his signed artists and claims that they were allegedly housed in his studio's basement, "One thing you should know about P is he surrounds himself around a bunch of "yes men" who are trained to not speak unless spoken to.

You got all the money in the world, but yet your artists and NoLimit affiliates are living like straight s***; all of the artist live in the basement of P's studio in what feels like prison cells with paper thin walls and no privacy," he wrote, "I thought when you work for someone you get paid for it and that was NOT the case, n***** were hungry, sleeping on floors, couldn't take showers, but yet P would walk in with his thousand dollar outfits & say alright let's do a video while we all looked f***** up!"
Posted by DJ Sippitakeover at 2:38 AM