The True Life Story Of Metallica 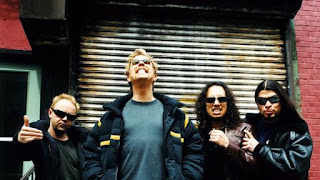 Because they stuck around for thirty years and have made good music. They've played everything from thrash to lighter music. The heart of Metallica's success is the constant touring they've done throughout their career. The number of albums they produced is less compared to the span of time they've been around.

Metallica may have gone off to Never-Neverland if it weren't for the Rolling Stones. Lars Ulrich revealed that after a huge rift in 2004, the band nearly broke up for good. Metallica never sold out to the industry, they became a competitor in the industry.

Read more »
Posted by Gansta Marcus at 7:39 PM No comments: 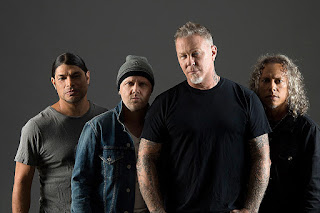 The heavy metal rock band Metallica was one of the biggest selling acts in American history. Metallica defined the look and sound of 1980s heavy metal, just as Led Zeppelin had for hard rock.

East Coast metal merchant Jon Zazula pitched the band on an album deal with his indie label Megaforce Records and 1983 found them traveling to New York in a stolen U-Haul to record their first album.

As of January 2019, the current band members are: James Hetfield [Vocals & Guitar], Lars Ulrich [Drums], Kirk Hammett [Guitar & Backup Vocals], and Robert Trujillo [Bass & Backup Vocals]. Although Dave Mustaine left the band prior to the recording of Kill 'Em All, he is credited with co-writing songs on the band's first two albums.

Despite the band's immense popularity and nearly 30 years together, they have never released a Greatest Hits/Best Of compilation.

See Other Fans Favorites Below!

Posted by Jessithapromoter at 8:15 PM No comments:

Inside The Daily Life Of James Hetfield 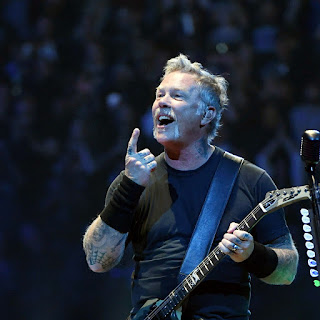 James Hetfield is an American musician, singer, and songwriter known for being the co-founder, lead vocalist, of the rock band Metallica. Metallica, influential American heavy metal band that, along with Slayer and Anthrax, developed the subgenre speed metal in the early and mid-1980s.

In 2001, the singer entered rehab during the recording of the heavy metal band's St. Anger to combat against "alcohol addiction." While drummer Lars Ulrich had a cocaine problem until 2008, frontman James Hetfield never touched coke or heroin. Alcohol was his drug of choice. But while his bandmates cooled off with the drinking as the years went on, Hetfield never slowed.

Read more »
Posted by Gansta Marcus at 12:34 AM No comments: 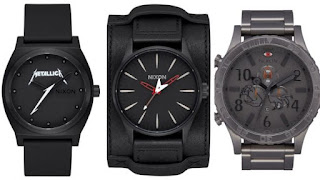 Just in time for the holidays, rock group Metallica is out with a new lineup to there Nixon watch collection. Metallica add three more designs to their Nixon watch range - bringing the number of thrash timepieces to 11.

The Sentry Leather Seek And Destroy watch in black and red, the Time Teller Classic Logo in black and white, and the 51-30 limited edition Enter Sandman timepiece. Nixon said in a statement: “Metallica are the perfect partner for us. They are independent and unique, with a focus on creativity and quality.

Posted by Jessithapromoter at 11:15 AM No comments: 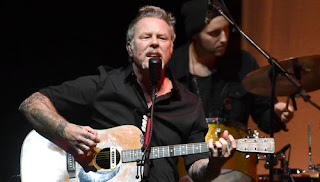 Metallica supported its All Within My Hands charity foundation with a 12-song acoustic set this past weekend in San Francisco.

The band's set included rearranged versions of its own songs, along with acoustic renditions of some tunes from classic rock heroes like Bob Seger, Deep Purple and Blue Oyster Cult.

While Metallica has several downtempo tunes that prominently feature acoustic guitar, the set fully embraced the band's thrash roots. "Disposable Heroes" from 1986's Master of Puppets was the opener.

The All Within My Hands foundation is aimed at improving workforce education, providing critical local services and especially fighting hunger.

Ulrich revealed during the band's WorldWired tour that for years Metallica has been donating time, money and food to charities in every city they play.

Leading up to the band's second annual Day of Giving this spring, Ulrich wrote in a Rolling Stone op-ed that the band started the foundation and began publicizing its efforts in hopes of increasing volunteer-ism worldwide.

Posted by Gansta Marcus at 1:24 AM No comments: 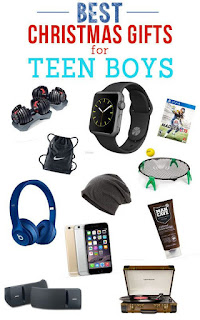 Teenage boys are not as difficult these days as they use to be. We looked and found the best gifts for teen boys gifts that occupy that vague middle space.

It's hard to keep teens entertained without electronics. Your son, cousin, or nephew is sure to love these cool gifts for teenage boys and for good reason. If you have a teen boy on your gift list, you might be struggling with ideas, but don't worry no-more.

Top holiday present picks for teen boys including laptops, headphones, and gaming products. But have something else in mind when it come to those perfect holiday gifts.
Read more »
Posted by Jessithapromoter at 8:00 AM No comments: 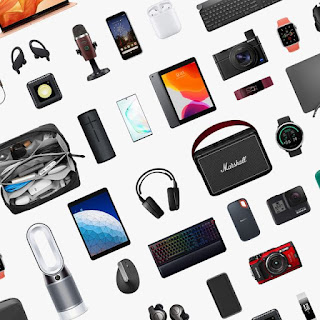 We've come to the end of 2019 and it's time to kick in the holidays. We've been keeping track of the most popular products that have been selling and we think we've come up with the best selection.

If you're in the market for some new tech or a few cool gadgets, you have made it to the right article.
Read more »
Posted by Jessithapromoter at 4:55 AM No comments:

Top 5 Best Luxury Men's Watches To Get As A Gift 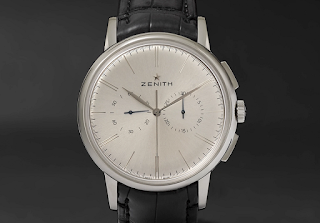 Whether you are attracted to the classic appeal of a luxury watch, a timepiece that reflects your passions, or one that speaks to the heritage of watchmaking; these watches at a range of prices will dial up your desire. Have a look at these designer watches below!
Read more »
Posted by Gansta Marcus at 4:35 AM No comments:

Guns N' Roses' Not in This Lifetime reunion tour with Slash and Duff McKagan continues to produce incredible figures in testimony of GNR's rarified place in rock and roll history.

The tour has made a little over 140 stops at arenas, stadiums and festivals around the world since kicking off in 2016. All those shows mean GNR has performed for some 5 million people over the last two years, reports Live Nation.

Earlier this summer, Guns N' Roses broke Metallica's record for concert attendance in Sweden and became the most-viewed band on YouTube to come out of the '80s or '90s.

The tour is coming to an end this December as the band takes its bows in cities in Asia and the Pacific.

After that, everybody but Slash will take a vacation, then the band is expected to consider putting some new music together.

GNR's most recent release was the Locked N' Loaded special edition box set to celebrate the 30th anniversary of its groundbreaking debut album, Appetite for Destruction, which rocketed back into the top 10 on the album charts this past summer.

The band's last new music release was 2008's Chinese Democracy, or what Slash has referred to as "Axl's album."

Posted by Gansta Marcus at 1:13 AM No comments: 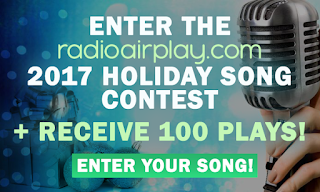 Posted by DJ Sippitakeover at 9:50 AM No comments: