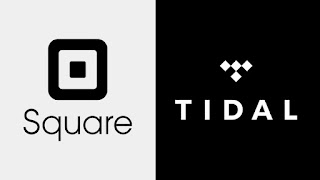 Square, the mobile payments company led by Mr. Dorsey, announced on Thursday its plan to acquire a “significant majority” of Tidal, the streaming music service owned by Jay-Z and other artists — including Beyoncé, Jay-Z’s wife, and Rihanna, who is a client of Jay-Z’s entertainment management company, Roc Nation.

Square will pay $297 million in stock and cash for the stake in Tidal. Jay-Z will join Square’s board.

The announcement comes less than two weeks after Jay-Z announced that he would sell 50 percent of his champagne company, Armand de Brignac — better known as Ace of Spades — to LVMH Moët Hennessy Louis Vuitton amid a downturn in the entertainment industry caused by the pandemic that has affected some of Jay-Z’s holdings.

“I think Roc Nation will be fine,” Jay-Z said in an interview last month about the sale of Armand de Brignac. “Like all entertainment companies, it will eventually recover. You just have to be smart and prudent at a time like this.”

Also last month, Mr. Dorsey, who is also the chief executive of Twitter, announced that he and Jay-Z had endowed a Bitcoin trust to support development in India and Africa.

Tidal, which Jay-Z bought in partnership with other artists in 2015 for $56 million, provides members access to music, music videos and exclusive content from artists, but the streaming music industry has been dominated by competitors like Spotify, Apple and Amazon.

In 2017, Jay-Z sold 33 percent of the company to Sprint for an undisclosed amount. (After a merger, Sprint is now a part of T-Mobile.) Earlier this week, Jay-Z bought back the shares from T-Mobile, and most will be sold to Square as part of the deal.

Posted by Jessithapromoter at 12:32 PM