Iyanla Vanzant Doesn't Hold Back When It Comes To R. Kelly 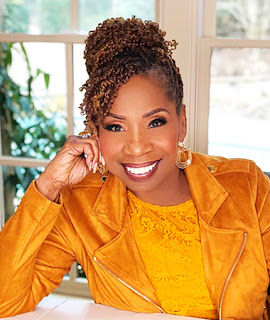 Just to be clear, the troubled R&B star reached out months before the airing of “Surviving R. Kelly” and the backlash. However, Iyanla declined because she said he didn’t have the “capacity” to go through her process of healing and she didn’t want to exploit him simply for ratings.

She also noted that she doesn’t believe he shouldn’t be put in jail…because it won’t rehabilitate him.

R. Kelly’s life has been under a microscope since the premiere of the Lifetime docuseries Surviving R. Kelly. Considering the singer’s own history of abuse and how that could’ve affected his relationships with girls and young women, many wondered if life coach Iyanla Vanzant would be willing to work with the Grammy winner.

The OWN personality recently revealed that Kelly, in fact, reached out to her for help via Iyanla: Fix My Life. She turned him down, however, because she didn’t believe he was truly ready to face his demons.

“I would never, ever condone or justify anything that he’s been accused of doing. But locking him up in jail is not the answer … he’s sick … Just like the people he allegedly committed these acts with—they’re sick. This needs to be massive healing—them, him all of them.”

She went on, “But I do know, without some long-term intervention, he doesn’t have the capacity. Just wouldn’t be able to hear it, receive it. Classic thing is that he’s not telling the truth about it.”

Posted by Jessithapromoter at 2:07 AM