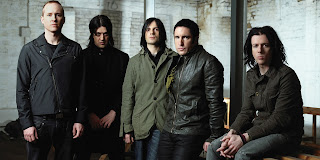 Nine Inch Nails, is an American industrial rock band formed in 1988 in Cleveland, Ohio. In 1994, Nine Inch Nails played at the Woodstock 94 concert in New York. After that, they became one of the most famous bands in the world.

Nine Inch Nails were honored during the Rock & Roll Hall of Fame 2020 Induction Ceremony on HBO. Nine Inch Nails has received four awards from 25 nominations, including two Grammy Awards for the songs "Wish" and "Happiness in Slavery" in 1993 and 1996 respectively. Nine Inch Nails have received two Kerrang! Awards honoring the band's overall contributions since 1988.

So with that being said, Fans Favorite would like to know, what is your favorite song by Nine Inch Nail? Comment you answer below or on any of our social media sites.