What Happened to Fergie of the Black Eyed Peas? 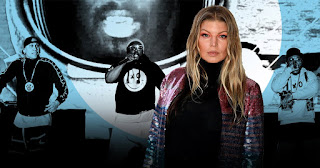 The Black Eyed Peas are back after a decade with a new album, but one member is missing. Black Eyed Peas members stated that Fergie left the band because she wanted to devote herself to being a ''good mother''.

The iconic pop group announced in 2017 that Fergie was taking a break to focus on her solo career while maintaining that she was very much still a Pea. However, Will.i.am suggested in a new interview that she has totally stepped away from the band.

In the mid-2000s, Stacy "Fergie" Ferguson was one of the biggest acts in pop music. As the only female member of the Black Eyed Peas, she played double duty when she branched out with her own record-breaking solo album, The Dutchess, in 2006. What followed was a string of hits with the Peas, including the forever catchy "Boom Boom Pow" and "I Gotta Feeling," alongside huge success with her solo tracks. But over the last few years, this eight-time Grammy winner has stepped out of the spotlight, which begs the question: Why don't we hear from Fergie anymore?

Posted by Jessithapromoter at 10:19 AM