See The Best Eminem Cars Out Of His Massive Collection (Photos) 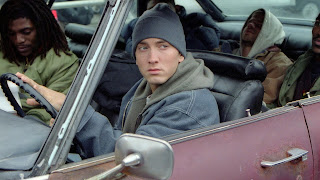 Two things are essential to Eminem when buying a new car: fuel economy of at least eight miles per gallon and satellite navigation so he can’t lose himself. Beyond those simple requirements, there’s speed. Lots and lots of speed.

Marshall Mathers III, who turns 48 today, has a penchant for Porsches and very fine Ferraris. Given he rewrote the rules of hip-hop in the late 1990s, exploded the genre in Middle America and around the world and sold more records in the 2000s than any other artist, Eminem can afford a garage stuffed with exotica. 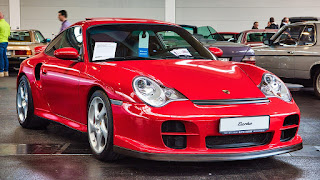 Eminem released The Slim Shady LP in February 1999, which was certified triple platinum by the end of that year. This meant he was able to move out of his mother’s mobile home on Detroit’s notorious 8 Mile Road and into a far more upwardly mobile Porsche 911. The 996 Turbo was a brute: the first forced-induction water-cooled Carrera, its 3.6-litre flat-six was derived from the 1988 Le Mans-winning 911 GT1 race car and developed 414bhp. Eminem kept this car for four years, before moving up a gear. 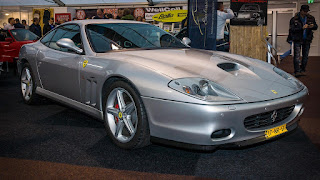 In the late-1990s, Ferrari was plotting its on-track renaissance with Michael Schumacher while, on the road car side, chairman Luca di Montezemolo looked to revive the marque’s gentlemanly style with a long-bonneted and fastbacked V12-engined grand tourer reminiscent of 275 GTB. The 550 Maranello looked like a shark, but Pininfarina didn’t quite get the nose right. So, in 2002, they had another go. At the same time, Ferrari improved the brakes and weight distribution, added adaptive suspension and increased the power from 478 to 508bhp. The “M” in 575M stands for “modified”, while the name “Eminem” is based on the rapper’s real-life initials, MM. 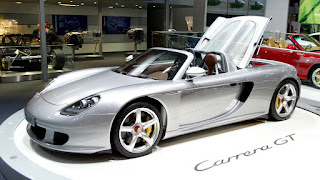 Proving he has “Guts Over Fear”, Eminem bought the quintessential 2000s hypercar, the widow-making Porsche Carrera GT. This 5.7-litre V10-engined machine was first shown as a concept at the Paris Motor Show in 2000, but such was the reaction from customers the German company put its new Leipzig factory into action. The car produced 603bhp and could hit 130mph in just 10.8 seconds, charging on to a top speed of 208mph. The lion’s share of them – 1,270 in total – were shipped to the US, even though it only came with a manual transmission. The 2004 cars all have a beechwood gear knob, in homage to that used in the legendary 917 Le Mans prototype. 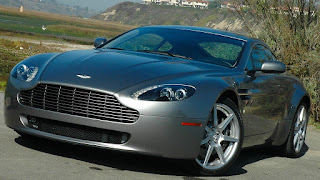 In production from 2005, the Vantage was Aston Martin’s leanest car in years and targeted Porsche 911 customers who fancied a bit of Bond. Designed by Henrik Fisker, who went on to create the ill-fated Fisker Karma plug-in hybrid, the Aston managed to combine handsome body lines and recognisable family details on a compact and sporty chassis. It was initially powered by a 4.3-litre V8 producing 380bhp and these early cars now represent a second-hand bargain (£25,000 anyone?) The 510bhp V12 variants, on the other hand, are highly sought-after by collectors. 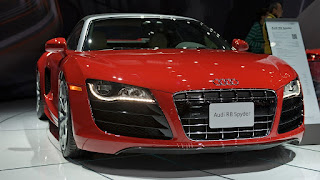 It goes to show just how serious Eminem’s collection is that the R8 looks relatively pedestrian in this company. As with Ford, the rapper has a bit of previous with Audi. In 2011, he sued the German carmaker for using his hit “Lose Yourself” in an advert for the A6 Avant without his permission. Audi’s actions didn’t put him off getting the Spyder version of their V10 supercar that same year, though. Perhaps Audi gave it to him for free due to a “Guilty Conscience”. 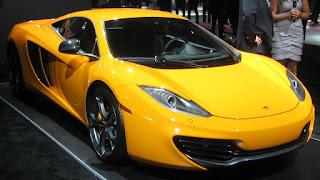 Having created the game-changing F1 road car in the 1990s and worked with Mercedes on the stunning-looking SLR, Grand Prix greats McLaren finally established their own production sports car business in 2010. The MP4-12C was designed by Frank Stephenson, who also did the Ferrari 430 (and the BMW Mini and new Fiat 500). At its heart was a Formula One-inspired carbon-fibre monocoque and an in-house 3.8-litre twin-turbo V8. Eminem is understood to rarely take his McLaren out of the garage. Given the slightly poor reputation 12Cs have for reliability, particularly the electrics, it’s possible the car won’t start and is awaiting Recovery. 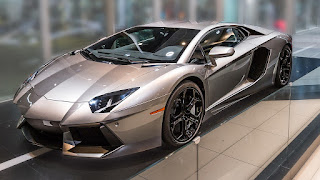 The holy grail among the hip-hop community, an Aventador proves you’re an MVP. Eminem put its predecessor, the Murciélago, on the rap map by featuring it in his 2002 smash hit music video for “Without Me”. Just over a decade later he finally got his hands on his very own 690bhp Lambo and is reported to have spent £530,000 by demanding all sorts of custom options be added to the 217mph devil car.

Posted by Jessithapromoter at 9:09 PM