Jennifer Lopez Talks Being Stereotyped at Auditions and More 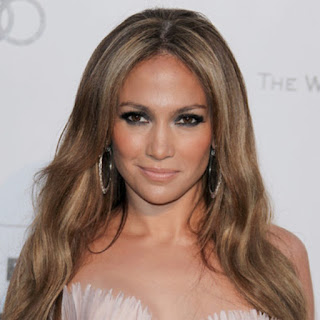 From a veteran stripper in "Hustlers" to an international Tejano superstar in "Selena," Jennifer Lopez has played an array of personas on the big screen.

But that wasn't always the case.

The star, 51, revealed during Variety's Power of Women Conversations by Lifetime Wednesday that she was typecast as "the maid, the dishwasher" earlier in her career.

"I was like, 'I don't want to do that,' " Lopez explained. "I had to kind of break out of that and convince somebody to put me in the first romantic comedy, which I think was 'The Wedding Planner.' (Director) Adam Shankman put me in that movie.'"

Lopez explained that she was "hot at the time" – she dropped her debut album "On the 6" in 1999 and had her iconic Versace dress moment in 2000 – but Lopez said she couldn't get movie execs to take a chance on her, despite success in films like "Out of Sight" and "Selena."

"My agent (Elaine Goldsmith-Thomas, who is now her producing partner) ... was asking for a certain price that (she) thought I merited and they were buckling back on us," Lopez said. "Then, (Adam) came to one of my record signings and he said, 'Give her whatever she wants.' The line was around the block."

According to Variety, Goldsmith-Thomas negotiated a $9 million payday for Lopez to star in the romantic comedy, which was a record-breaking amount for a Latina actress at the time.

Goldsmith-Thomas, who spoke with Lopez Wednesday, attributed it to the "power of no."

Lopez said it was a defining moment in her career.

"The idea that somebody like me, from my background, who was a woman, could garner that type of price in this industry. It was a big deal," she said.

The rest is history.

Despite mediocre reviews from critics, "The Wedding Planner" topped the box office upon its release in January 2001, grossing over $94 million worldwide. The same week, Lopez's sophomore album "J-Lo" debuted No.1 on the Billboard 200 albums chart, making Lopez the first actress to have both the No. 1 album and film in the same week.

.@JLo talks about being stereotyped at auditions: “I would always go in for what they would call ‘the maid,’ the ‘Rosie Perez-type' role, dishwasher... I had to kind of break out of that” | Variety #PowerOfWomen: Conversations presented by @lifetimetv pic.twitter.com/3KaKNhjfrE

Posted by Jessithapromoter at 3:10 AM