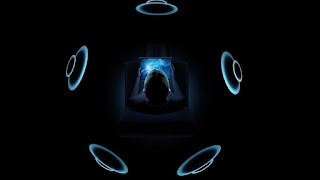 Apple has quietly continued to improve upon the AirPods Pro with firmware updates that have tweaked their noise cancellation and sound quality. The company rarely details or comments on the changes that come in each release of AirPods firmware; there are no update notes that spell out what’s new.

Without you having to do anything, the AirPods will automatically switch between your iPhone, iPad, and Mac whenever you start using one of them. This handoff is nearly instantaneous; you can be listening to music on your phone, pause it, pick up your iPad and start playing a video, and the AirPods will be ready for that audio.

Then there’s spatial audio, which is exclusive to the AirPods Pro. With this feature, Apple is trying to cram an immersive surround sound experience into two earbuds. I’m still surprised and impressed by how well the company pulled it off. Instead of hearing everything in stereo like usual, it really does feel more like you’re in the middle of the action when you’re playing content in an app that supports spatial audio. And so far, quite a few do — including Apple TV, Disney Plus, and HBO Max.

Apple says it uses algorithms to convert surround sound (5.1, 7.1, or Dolby Atmos) into spatial audio. From there, it applies directional audio filters and adjusts the frequencies going to each ear to achieve the immersion effect. How much of a difference spatial audio makes obviously varies by content. A Marvel film on Disney Plus is going to give you a more riveting audio experience than, say, Ted Lasso on Apple TV.

Earbuds are never going to fully rival the experience of watching a movie through a top-tier Atmos system in a home theater. But just as the name says, spatial audio makes everything feel more wide and open. Even if the end result isn’t revelatory, spatial audio makes watching movies with your AirPods Pro that much better and more three-dimensional.

I’m impressed by spatial audio in the AirPods Pro, but I’m even more excited about how this could all sound when Apple eventually unveils its long-rumored over-ear headphones. Putting this tech into full-size headphones will give the company even more to work with and could solidify the iPad as the ultimate portable movie machine.