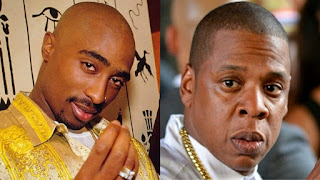 2Pac was attempting to ignite total warfare against The Notorious B.I.G. This means anyone that stood next to Biggie was liable to be hit with a direct shot. Per Irv Gotti, that was the case when it came to 2Pac's issue with Jay-Z.

Irv made a recent appearance on Fat Joe's Instagram Live show, The Fat Joe Show, during which he touched on Jigga's tension with 2Pac. Gotti told Joey Crack that Hov got on 2Pac's bad side by having Biggie featured on "Brooklyn's Finest" from his debut album, Reasonable Doubt. On the track, Big makes a rare allusion to 2Pac by using his name in witty wordplay.

"Gotta go, Coolio mean it's gettin' Too Hot," Biggie raps after making a reference to "Who Shot Ya" earlier in the song. "If Fay' had twins, she'd probably have two Pacs/Get it? Tu... Pac's?" Per Gotti, allowing Biggie to get this off on his record put Hov in 2Pac's crosshairs.

"'If Fay had twins/She’d probably have two Pacs, get it?' and Jay’s on the record with him so now he’s like, ‘Fuck you, ain’t no nigga like me, fuck Jay-Z’ and he starts bombing on Jay," Gotti said.

Along with explaining why Jigga was under fire, Gotti made it clear that he warned Hov not to do a song with Biggie. Yet it wasn't because he was afraid of Jay-Z catching 2Pac's wrath, rather he wanted Hov to be more established before standing next to an artist with such a big presence.

#2Pac had beef with #JayZ and how he believes #JayZ and #BiggieSmalls would've been in a rap beef if it wasn't for Big's passing.

Posted by DJ Sippitakeover at 11:46 AM