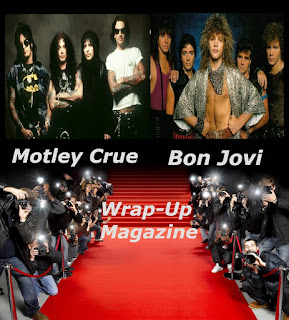 Mötley Crüe is an American rock band formed in Los Angeles, California, in 1981. Mötley Crüe has sold 100 million albums worldwide, making them one of the best-selling bands of all time.

So which of these two bands would you vote up? Leave your thoughts and comments below! Share to engage with family and friends about this article.

What Song From Bon Jovi Touch Your Heart The Most?

What's Your Favorite Motley Crue Song?
Posted by DJ Sippitakeover at 2:55 AM