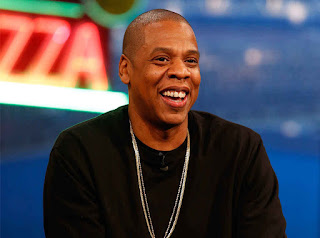 The biggest man in the music industry has had the best of his music videos featured on The Wrap-Up Magazine. Shawn Corey Carter, known professionally as JAY-Z, is an American rapper and businessman. He is one of the best-selling musicians of all time. Watch his Top 5 music videos here.

Had to kick it off right with "Song Cry". "Song Cry" is a song by American rapper Jay-Z and produced by Just Blaze. It was the fourth and final single from his sixth studio album The Blueprint.

This song was made to be a classic. A 17 second sample of "Otis" which features Jay-Z and Kanye West's trading verses over the beat.

JAY-Z - Dirt Off Your Shoulder

"Dirt off Your Shoulder" is the second single released from Jay-Z's 2003 album The Black Album. In 2004, the song was combined with the Linkin Park single "Lying from You" and released as a single for the mash-up album Collision Course.

"Big Pimpin'" is the third and final single from rapper Jay-Z's fourth album Vol. 3... Life and Times of S. Carter. It features rapping by Southern hip hop group UGK as well as production by Timbaland.

Hard Knock Life is the third studio album by American rapper Jay-Z. It was released on September 29, 1998, by Roc-A-Fella Records and Def Jam Recordings. It went on to become his most commercially successful album, selling over 5 million copies.

If you think there was a video left out, then leave a comment below!
Posted by DJ Sippitakeover at 8:48 AM