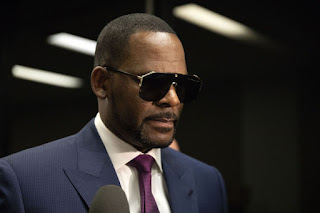 R. Kelly has been accused of numerous heinous crimes since the '90s... but it wasn't until 2019 that the singer was placed behind bars to await a trial that, as of November 2020, has yet to happen. Here's what life is like for R. Kelly in prison.

On July 11th, 2019, R. Kelly was arrested while walking his dog in Chicago and slapped with a 13-count indictment. According to ABC News,

"[The charges included] exploitation of children, conspiracy to defraud the United States [and] coercion."

He entered a plea of not guilty but remained behind bars at the Metropolitan Correctional Center in Chicago to await his trial, according to the Atlanta Journal Constitution.

In August 2019, Kelly was brought into a courtroom by three US Marshals. This time, he pled not guilty to five charges. Despite Kelly's plea, the judge denied him bail and ordered that the singer be detained.

On January 8th, 2020, Kelly celebrated his 53rd birthday in jail. As of the making of this video, it seems he'll be spending his 54th birthday in there as well. Meanwhile, he vehemently denies any wrongdoing on his part.

Of course, many viewers found his behavior in that interview highly incriminating, as did at least  one body language expert.

Watch the video for more of The Truth About R. Kelly's Life in Prison Revealed.

Posted by Jessithapromoter at 8:04 PM