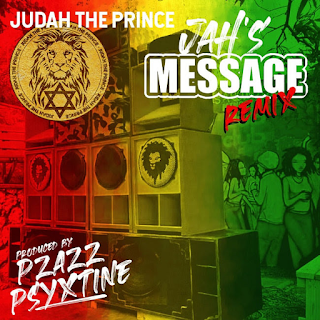 Krumb Snatcha returns as Judah The Price his alter ego with a joint called Jah’s Message. This one has a nice dance hall vine to it.

Boston underground hip-hop legend, Krumb Snatcha wears the mask of his alter-ego Judah The Prince to deliver some inspired dancehall fusion "Jah's Message" produced by Pzazz Psyxtine. This is the official remix of the second single from his upcoming Judah The Prince album "Iron Lion of Zion" if you slept on the first single "Kyan't Take I Power" featuring Koki-Man.

Posted by DJ Sippitakeover at 9:39 AM