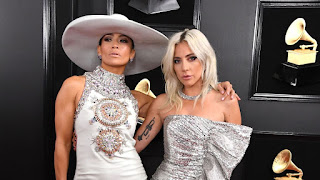 Pop artists Jennifer Lopez and Lady Gaga will be among A-listers who will perform at the largely-virtual swearing-in ceremony of Joe Biden as the 46th President of the United States on January 20.

Gaga, one-of-a-kind artist, performer and a trailblazer in beauty and fashion, will sing the national anthem and Lopez will give a musical performance on the West Front of the US Capitol, where the ceremony will be taking place.

Biden, 78, and Kamala Harris, 56, will be sworn in as President and Vice President of the United States during the ceremony.

But it won't be a typical inauguration, for several reasons.

The ongoing coronavirus pandemic and fresh security concerns following a pro-Trump mob breaching the Capitol last week have combined to force some changes to what is a historical American day.

Most of the events surrounding Biden's swearing-in will be virtual.

Biden's inauguration is expected to feature limited attendance. The Biden Inaugural Committee has already announced that the typical parade that follows the swearing-in ceremony will take place virtually and will feature supporters from across the country.

According to the line-up announced by the Presidential Inauguration Committee (PIC), Invocation would be given by Father Leo J O’Donovan, a Jesuit Catholic priest who was Georgetown University president from 1989 to 2001.

Pledge of Allegiance would be recited by Andrea Hall, a firefighter from Georgia.

Poetry Reading would be by Amanda Gorman. She made history in 2017 by being named the first-ever National Youth Poet Laureate in the United States by UrbanWord and the Library of Congress.

Benediction would be by Reverend Dr Silvester Beaman, the Pastor of Bethel African Methodist Episcopal Church in Wilmington, Delaware.

Beaman has known the Biden family for nearly 30 years and is a close confidante and friend of the President-Elect.

“They represent one clear picture of the grand diversity of our great nation and will help honour and celebrate the time-honoured traditions of the presidential inauguration as President-elect Biden and Vice President-elect Harris take the oath of office on the West Front of the US Capitol,” said PIC CEO Tony Allen.

“They are also committed to the President-elect and the Vice-President-elect’s steadfast vision of a new chapter in our American story in which we are an America united in overcoming the deep divisions and challenges facing our people, unifying the country, and restoring the soul of our nation,” he said.

Over the course of five days of programming, “America United” activities will honour inaugural traditions while safely allowing more Americans than ever before to participate from their own homes, the Presidential Inauguration Committee said.

These activities include, “United We Serve,” a National Day of Service on January 18, Martin Luther King Jr Day; a nationwide COVID-19 Memorial to Lives Lost on January 19; and the official Inaugural Ceremonies, a wreath-laying on Arlington National Cemetery, and a “Parade Across America,” and a “Celebrating America” primetime program on January 20.

The PIC will also install an extensive public art display — a “Field of Flags,” which will cover the National Mall up to 13th Street — to represent the American people who are unable to travel to Washington, DC.

After the ceremony, Tom Hanks will host a star-studded televised special.

Posted by Jessithapromoter at 1:42 AM