Would Obama Have Beaten Trump? 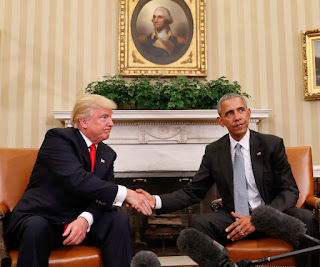 Fair Game Is That, Donald is a straight up kind of guy, He speaks strait out of his mind without thinking. Look at the picture above, it tells a'lot. For Trump, Obama was to look him in the eye during the shake, to Donald, since he did not, Trump wish's he would have ran against Obama instead of Romney.

In an interview with David Axelrod released yesterday, December 26th, President Obama claimed that he would have defeated Donald Trump had he been allowed to run for a third term. "I'm confident that if I — if I had run again and articulated it, I think I could've mobilized a majority of the American people to rally behind it," Mr. Obama said.

President-elect responded on Twitter with a firm denial that Obama could have beaten him.

Obama stressed his admiration for Clinton and said she had been the victim of unfair attacks. But, as he has in other exit interviews, he insisted that her defeat was not a rejection of the eight years of his presidency. To the contrary, he argued that he had put together a winning coalition that stretched across the country but that the Democratic Party and the Clinton campaign had failed to follow through on it. 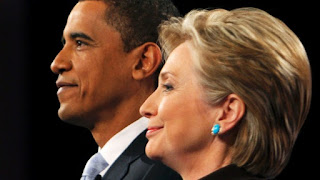 "Look, the Affordable Care Act benefits a huge number of Trump voters. There are a lot of folks in places like West Virginia or Kentucky who didn't vote for Hillary, didn't vote for me, but are being helped by this . . . The problem is, is that we're not there on the ground communicating not only the dry policy aspects of this, but that we care about these communities, that we're bleeding for these communities."

Nonetheless, the president, who has done relatively few interviews with mainstream media organisations, repeated his long-stated complaint that the media has filtered his message and that he is subject to unfair criticism by outlets such as Fox News. 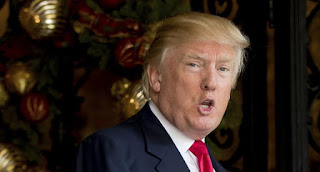 Donald Trump responded to Barack Obama on Monday after the president claimed he could have won a third term in the White House if he had been the Democratic nominee instead of Hillary Clinton.

"President Obama said that he thinks he would have won against me," the president-elect tweeted. "He should say that but I say NO WAY! - jobs leaving, ISIS, OCare, etc."
Posted by Jessithapromoter at 4:01 PM No comments: 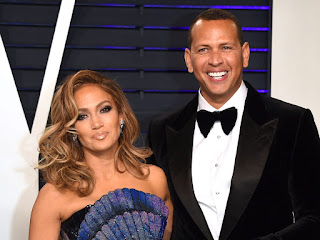 The couple had a virtual chat with the former vice president and his wife, Dr. Jill Biden, where they voiced their support for the Democratic nominee.

Jennifer Lopez, 51, and Rodriguez, 45, also discussed their concerns about the economy, the coronavirus pandemic, racism, and the importance of the Latino community voting.

"We're thrilled and we're excited to vote. I think our voice has never been more important," Rodriguez said in the video posted to Biden’s social media on Friday. "We want to come together as a team to defeat Covid and to rebuild this U.S. economy that needs us all so much."

Read more »
Posted by Jessithapromoter at 3:14 AM No comments: 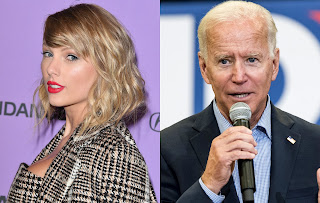 The superstar singer has announced she will be voting for Democratic presidential nominee Joe Biden in the upcoming November election.

She expanded on her decision to do so in the new issue of V Magazine, a preview for which was released on Wednesday.

"The change we need most is to elect a president who recognizes that people of color deserve to feel safe and represented, that women deserve the right to choose what happens to their bodies, and that the LGBTQIA+ community deserves to be acknowledged and included," Swift told the magazine. "Everyone deserves a government that takes global health risks seriously and puts the lives of its people first. The only way we can begin to make things better is to choose leaders who are willing to face these issues and find ways to work through them."

She added that she believes that under Biden and Kamala Harris, "America has a chance to start the healing process it so desperately needs."

Read more »
Posted by Jessithapromoter at 1:54 AM No comments:

Hillary Clinton May Run For President In 2020

Is the world ready for the next Presidential running. Hillary Clinton gave a possible hint about maybe emarking on another presidential run. On behalf of America, I am answering. Hillary Rodham Clinton, I beg you: Please run again.

This prohibits former Presidents Bill Clinton, George W. Bush, and Barack Obama from being elected president again. However, former presidents Jimmy Carter and George H. W. Bush (both nonagenarians ), having each served a single term as president, are not constitutionally prohibited from being elected to another term in the 2020 election.

Former Democratic presidential nominee Hillary Clinton during an event over the weekend left the door open to a possible 2020 run, saying that even though she doesn't want to run, "I'd like to be president."

Clinton went on to say that "there’s going to be so much work to be done" after a Democrat "hopefully" wins the next presidential election.

"The work would be work that I feel very well prepared for having been in the Senate for eight years, having been a diplomat in the State Department," she said, listing off the qualifications that she often touted during her previous run.

She added that she's not going to think about a possible run until after the upcoming midterm elections. Hillary loss the previous race to Donald Trump.


Posted by DJ Sippitakeover at 4:19 AM No comments: 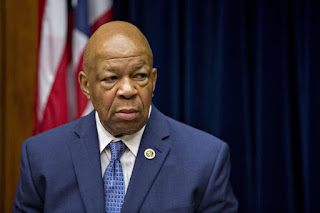 Cummings, who is black, all but begged Comey to do something to help break the pattern of unarmed black people being killed by police. Just this week, Alton Sterling was shot dead in Baton Rouge, Louisiana, while selling CDs outside of a convenience store, and Philando Castile was shot and killed near St. Paul, Minnesota, after being pulled over for a busted tail light.

Representative Elijah Cummings, a Democrat from Maryland and ranking member of the House Oversight and Government Reform Committee, waits to begin a hearing with James Comey, director of the Federal Bureau of Investigation (FBI), not pictured, in Washington, D.C., U.S., on Thursday, July 7, 2016. Comey is appearing before the committee to explain his finding that no reasonable prosecutor would bring a criminal case against Hillary Clinton, the former secretary of state and presumptive Democratic presidential nominee, even though she and her staff were extremely careless in their handling of highly classified information.

The Maryland Democrat said he woke up Thursday morning “to my wife literally crying” while watching a video of Sterling being shot. Then she watched the video of Castile bleeding out in his car. Cummings, who represents the majority of the mostly black neighborhoods of Baltimore, said he’s fortunate he’s never been harmed by police. Still, he said he’s been pulled over “50 million times” for no clear reason, and it’s all connected to people of color being targeted by law enforcement.
Posted by DJ Sippitakeover at 11:29 AM No comments: