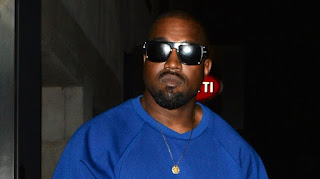 According to reports, Netflix has purchased the rights to a new Kanye West documentary film that is 21-years in the making.
Directors Clarence “Coodie” Simmons and Chike Ozah compiled archival footage spanning Ye's 20+ year career and will feature never-before-seen footage of Kanye West from the '90s. It's reported that the film was sold to the streaming giant for $30 million.
Coodie and Chike have worked with Kanye West for quite a while and directed some of his earlier videos, namely a version of "Jesus Walks" and they helped co-direct "Through the Wire."
The title of the project has not been disclosed, but Billboard reports it will debut later this year.
See more from Kayne West
Posted by Gansta Marcus at 6:51 PM